Come one and all and hear the tale...

It's here! It's finally here! 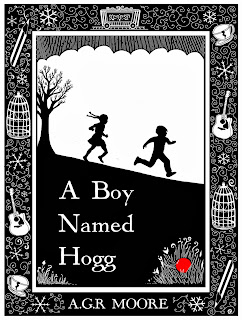 “Come one and all and hear the tale of a little boy named Hogg...”

On the dullest day since records began, there was a birth. The birth of a boy named Sebastian Hogg. An unfortunate child born into a home deprived of hope and full of bitte

All this changes when he meets a mysterious stranger who takes him on a road trip full of wonder and excitement. From folky musicians to vaudeville tricksters, Sebastian is opened up to a rich and vibrant world he had never thought possible with a real sense of danger lurking around every corner, and where the consequences of actions could impact on the very fibre of existence.

At its core this picturesque fable tells of the power of an unbreakable friendship between two innocent beings and its impact on their lives and those around them.

Moving, uplifting, at times dark and macabre, a tale where magic and science collide in the most marvellous way. Come with me and hear the tale of A Boy Named Hogg.